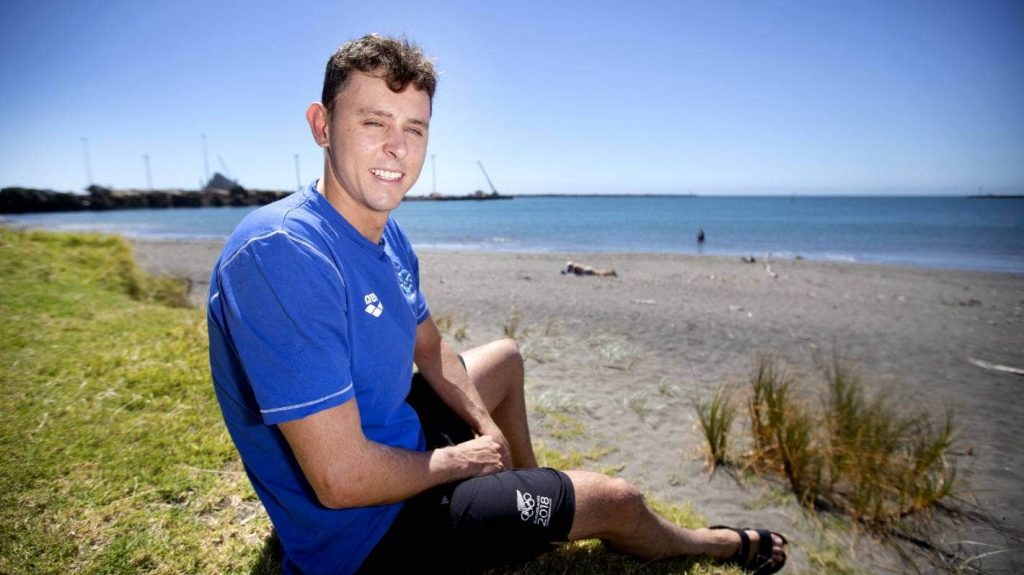 Taranaki’s top swimmer, Zac Reid, has made a late entry into this year’s Flannagan Cup.

The open water swim off Ngāmotu Beach, New Plymouth, is usually held on Waitangi Day, and the Olympic qualifier will be away on that date.

But this year the 3.6km competition, which was first held in 1916, is taking place on Monday, February 8.

Reid said when he found out the event was on Monday he rushed in his entry.

‘’It’s pretty important for my swimming club, Aquabladz. They’ve always done it. And it’s a big thing for the region as well.’’

He has won the race three times and tries to enter when he can.

“Last year I didn’t because it was a couple of days before I was going to compete in Australia.

‘’It’s just something different, a little bit of a challenge. I do surf life saving, but in the pool I’m considered a distance swimmer, so it’s a bit of a change.’’

Reid, who met the 800-metre Freestyle qualifying time for the Tokyo Olympics at a meet in December, is the only three-time winner of the cup in competition and will start as the clear favourite.

He’s also ‘’pretty happy’’ with how he is tracking in the countdown towards Tokyo.

And while he could count the Flannagan Cup as a training session, it’s probably “more of a fun thing”.

“It’s a lot different. And it’s a competition, not really a training. It’s quite fun to do.”

The main race starts at 8.30am; however festivities get under way at 7.30am with other shorter races included in the schedule.