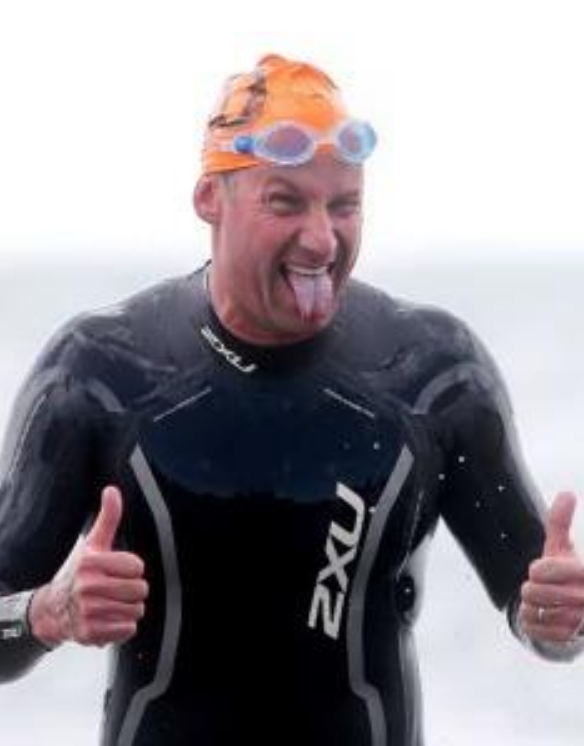 Brett Rogers from New Plymouth will go down in Flannagan Cup history as the last winner of the time–honoured open Water swimming race in its current form.
Even though two swimmers crossed the line ahead of him, Brett Took the major honours in the 3.6 km race, finishing in a time of 1hr 27 min 23.16 sec.
Next year the race, first run in 1916, will be a mass start event. Yesterday`s race was an example of how complex the current Competition rules can be under the handicapping process and additional rules around policing them.
The first male over the line in 2015 was John Action and the first female was Kerry Vosseler,but both were denied race honours because they were late entries. They still smiled like winners but the rules clearly state that they could not claim any prizes.