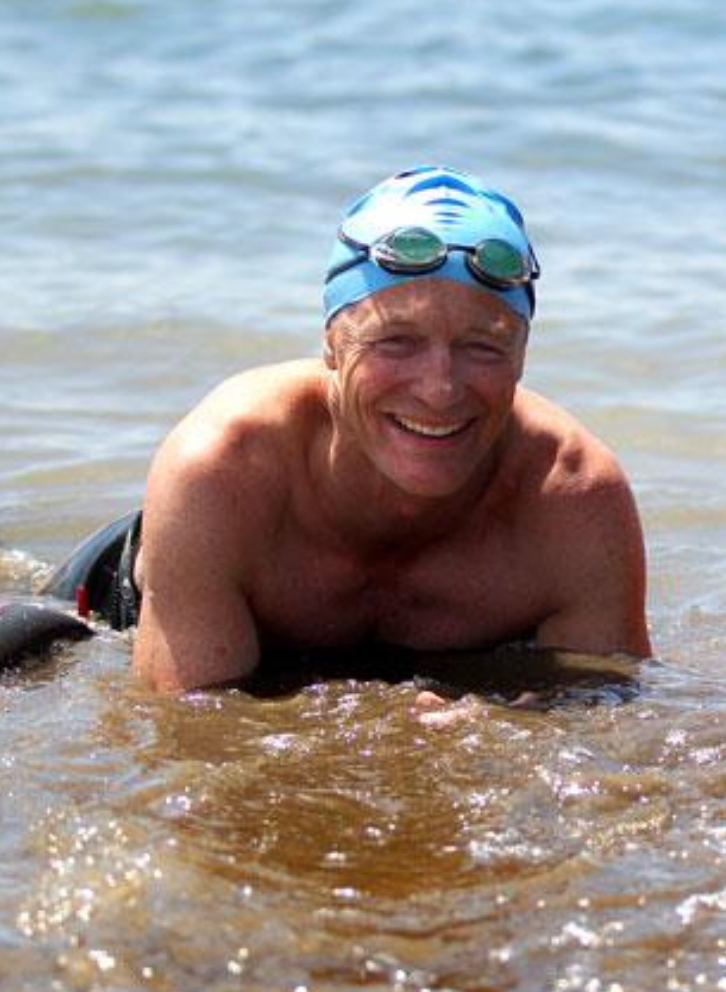 John Hardie Boys showed his sons how it’s done when winning the Flannagan Cup open water swimming race off Port Taranaki yesterday.
The 54-year-old New Plymouth doctor was competing in the annual 3.6km ocean swim run under handicap conditions for the first time.
Hardie Boys clearly sneaked under the handicappers’ radar, blitzing his rivals in the Boyd Nodder Carriers-sponsored event.
Starting 13 minutes behind the front markers, Hardie Boys reached the finish line in 1hr 16.14sec. Chasing him home, nine minutes behind in second place, was New Plymouth’s Steve Malley (1hr 07min 39.57sec) with Jacob McGrath (1hr 11min 52.15sec) third.
Fastest time and winner of the Taranaki Swimming Centre Cup was backmarker Jay Cadman-Kennedy who clocked an impressive 41min 10.49sec after starting 46 minutes behind.
Watching from the shore were Hardie Boys’ family and friends. Among them were his two sons, who tomorrow will team up with their father in the Wells Half Ironman in New Plymouth.
Issac will be doing the swim leg, and oldest son Max, a keen triathlete, the running, while their father will this time crank the pedals on his bike in the team event.
“I swam the 1.2km open a couple of years ago, but this is the first time.
“I’ve done the big one and it’s only the second time I’ve swum in a wet suit, so I’m pretty new to it”, Hardie Boys Sr said after yesterday’s success.
The choppy conditions made the going tough for many competitors, the one saving grace being the pleasant water temperature.